In the process of synaptic conduction in autonomic ganglia, presynaptic neurons release acetylcholine for post-synaptic AChR to mediate rapid synaptic transmission. Nicotinic acetylcholine receptors are receptor polypeptides that respond to the neurotransmitter acetylcholine. They exist in the central and peripheral nervous systems, muscles, and many other tissues of many organisms. At the neuromuscular junction they are the main receptors in the muscle for communication between motor nerves that control nerve contraction and muscles. AChRs are members of the ligand-gated cation channel family, and are distributed throughout the central and peripheral nervous systems. AChRs usually consist of two α3 subunits combined with β2, β4 or α5 subunits. And mediate rapid synaptic transmission in the peripheral autonomic ganglia where AChR is located. 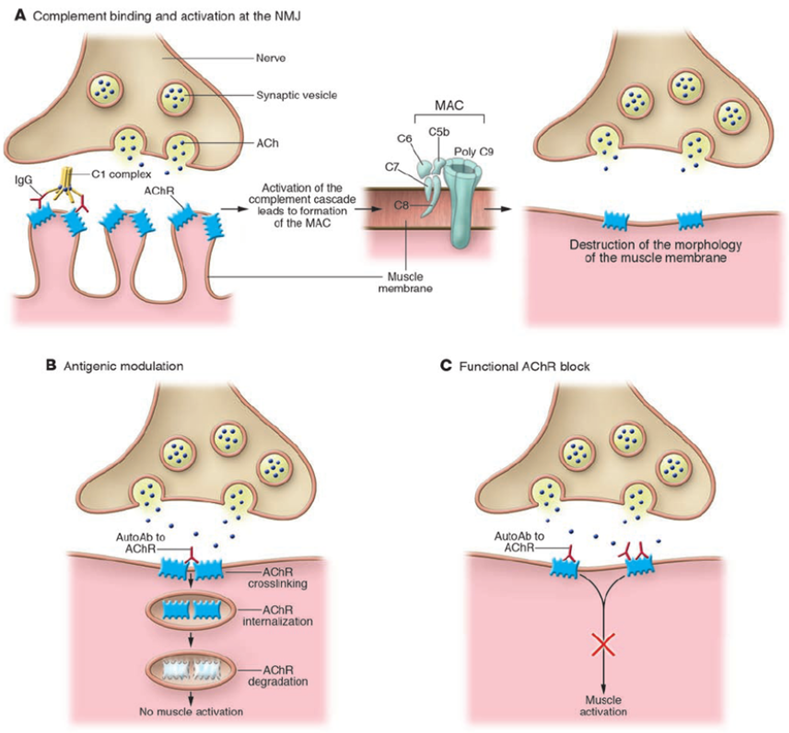 The clinical study of AAG disease has found that the degree of autonomic neuropathy is proportional to the plasma nAChR antibody concentration in patients with AAG; immunization of experimental rabbits with nAChRα3 subunit protein can cause autonomic dysfunction, and its symptoms are similar to AAG; the experimental mice are passively input with nAChRIgG antibody It can cause autonomic dysfunction; after exposure of neuroblastoma cells to IgG antibody in patients with autoimmune autonomic neuropathy, the AChR current in the post-synaptic membrane gradually decreases. An experimental AAG model has been established in animals, and rabbits or mice infused with ganglion AChR-IgG by active infusion of AChRα3 subprotein will have symptoms of autonomic neurological dysfunction similar to those of AAG patients. These studies fully prove that AAG is an autoimmune autonomic dysfunction disease mediated by nAChR antibody. In addition, two weeks after the passive inoculation of the AChR antibody, a similar situation was seen in the isolated sympathetic ganglia of mice: the post-synaptic neuronal response in mice was significantly weakened. It shows that these antibodies can directly cross-link with the post-synaptic ganglion AChR without internal complement and cause pathogenic.