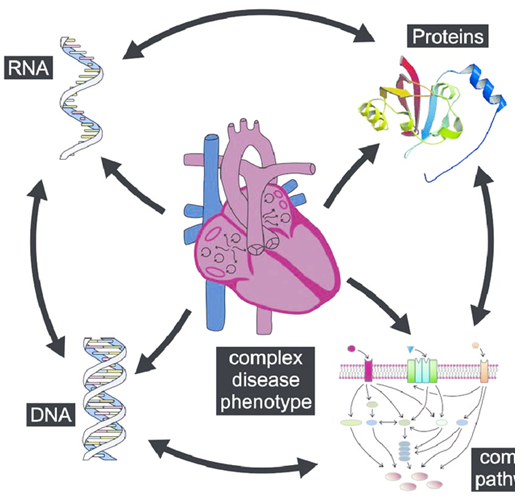 In 2003, Chen et al. used human genome-wide microsatellite molecular markers (SSR) to discover and identify the S140G mutation in the KCNQ1 gene at chromosome 11p15.5 in a study of Chinese atrial fibrillation families including four generations of relatives. This point mutation is a missense Mutation, adenine at position 418 of the normal gene is changed to guanine, and serine at position 140 of the corresponding potassium ion channel is changed to glycine. Further studies have found that the modified mutant has an "acquisition function" effect on the KCNQ1/KCNE1 and KCNQ1/KCNE2 currents, that is, when the mutant gene and KCNE1 gene are jointly expressed, it can cause the inward potassium current to increase during hyperpolarization, leading to the action potential time limit and effectiveness The refractory period is shortened. Yang et al. found in 2004 that the onset of atrial fibrillation in two different families was related to the KCNE2 gene R27C mutation. The KCNE2 gene is located on chromosome 21q22. When the mutation of this gene is co-expressed with the KCNQ1 gene, it can cause gains in potassium channel function. KCNE2 encoding Mink homologous protein may be a subunit that rapidly activates delayed rectifier potassium channels and KCNQ1/KCNE2 channels. Mutations in this subunit will produce a background potassium current, which in turn can lead to a shorter action potential time. Clinical studies have shown that the slowly activating potassium current (IKS) composed of α subunit (KvLQ-T1) and β subunit (mink) participates in the atrial muscle phase III repolarization activity. In the study of dog atrial fibrillation model, the use of IKS blocker can terminate the atrial fibrillation of dog atrial fibrillation model, indicating that IKS participates in the pathophysiological process of atrial fibrillation through its β subunit. In addition, in 2006, Darbar et al. discovered a new pathogenic gene KCNA5 in a family line of early-onset isolated atrial fibrillation. This gene is located on chromosome 12p13. The mutation of this gene can affect proline-rich tyrosine kinase for the regulation of the ultrarapid outward current I (IKur), and then leading to a decrease in IKur and a tolerance to tyrosine kinases. These studies indicate that abnormal cardiac potassium channels may be the mechanism that causes atrial fibrillation.

The SCN5A gene, located on chromosome 3p21, encodes the Na1.5 channel alpha subunit. The first SCN5A mutation site found to be associated with atrial fibrillation is Asn1986Lys. Further research found that the SCN5A variant is a comprehensive heterozygous variant, such as the original RH1632 and the new variant M858L were found in a patient with familial atrial fibrillation. Researchers believe that individuals who have old and new mutations are more obvious. For example, they have spontaneous atrial arrhythmia in their youth, and gene mutations lead to hyperpolarization transitions that cause cell action potential steady-state inactivation. This change may be related to the early post-depolarization of the delayed atrial action potential period, and this post-depolarization is prone to atrial fibrillation through the conduction bundle in the atrium. It was recently discovered that SCN5A gene variants also include R1860G and N1986K. In addition, studies on the N1986K mutation in Xenopus eggs found that the mutation can produce hyperpolarization and inactivate sodium channels. In addition to cardiac potassium channels participating in the mechanism of atrial fibrillation, cardiac sodium channels are also related to the occurrence of atrial fibrillation.