Measuring electrical currents passing through ion channels or changes in cell membrane potential, electrophysiology techniques are used to record the electrical activity of neurons, or evaluate compound cardiovascular safety. In brief, there are three fundamental types of electrophysiological probes that can measure activity in vivo: 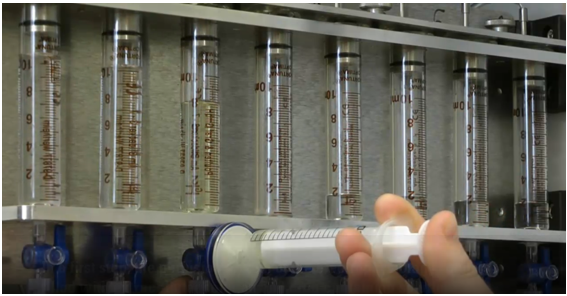 Voltage clamp technique is a great technique for studying electrical events occurring on cell membranes. It can be used to study the activity of all ion channels on the entire cell membrane or on a large part of cell membrane. However, since this technique requires two electrodes to be inserted into the cell, it does harm to the cell and is hard to be operated in small cells, so it is gradually replaced by patch clamp. The patch clamp technique was invented in 1976 by Neher and Sakmann, Max Planck Institute of Biophysical Chemistry, Germany. They firstly used two electrodes to clamp the membrane potential on frog muscle cells and recorded a single channel ion current activated by ACh.

By injecting a certain current into the cell, the ion current generated by the ion channel is offset, thereby fixing the cell membrane potential at a certain value. Since the injected current and the ion current are equal and opposite in direction, it can reflect the size and direction of the ion current. Two electrodes or single electrode can be used for voltage clamp recording. The patch clamp technology is a special voltage clamp technology that can record the current flowing through a single channel. It has four recording configurations: cell attachment recording, inside-out recording, outsideout recording and Whole cell recording.

A glass pipette filled with electrolyte solution is tightly sealed on the cell membrane to electrically isolate the membrane. The current flowing through the channels in the patch therefore flows into the pipette and can be recorded by the electrodes connected to the high sensitivity differential amplifier. In the voltage clamp configuration, current is injected into the battery through a negative feedback loop to compensate for changes in membrane potential. Recording this current can draw conclusions about membrane conductance.