Neuropharmacology, the study of drug actions on the nervous system, comprises several areas of critical importance to science and medicine, involving many aspects of the nervous system from single neuron manipulation to entire areas of the brain, spinal cord, and peripheral nerves. Neuropharmacology includes the translation of basic neuroscience into the discovery of new therapeutic agents, studies aimed at elucidating the mechanism by which drugs act in disease, and also the use of chemical compounds as tools to investigate the function of cells, synapses, and circuits in the nervous system. Indeed, numerous foundational discoveries in neuroscience, including the identification of many neurotransmitters and their receptors, transporters, and signaling molecules, came from investigation into mechanisms of drug action. Studying these interactions, researchers are developing drugs to treat many different neurological disorders, including pain, neurodegenerative diseases such as Parkinson's disease and Alzheimer's disease, psychological disorders, addiction, and many others. 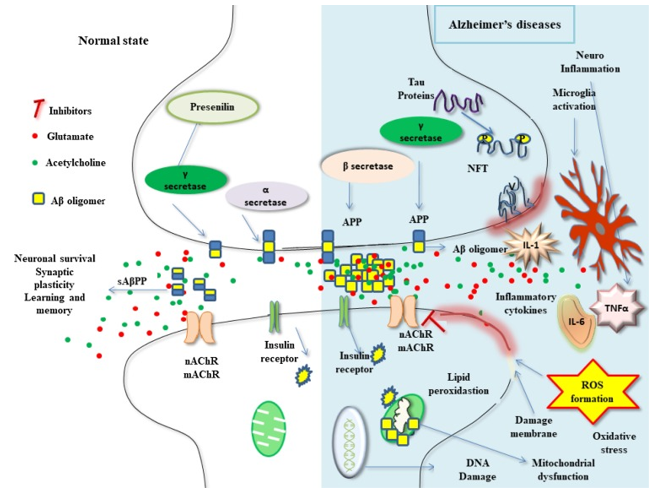 Figure 1 Recent advances in the neurobiology and neuropharmacology of AD (KushalKumar, et al. 2017)

There are two types of receptors that neurotransmitters interact with on a post-synaptic neuron. The first types of receptors are ligand-gated ion channels or LGICs, allowing ions to directly flow into the cell. The second types are known as G-protein-coupled receptors or GPCRs, which cause a cascade of intracellular interactions after binding. Many drugs that are developed today have to do with disrupting this binding process.

GABAa receptor is a ligand-gated ion channel (also known as ionotropic receptor) which responds to the inhibitory neurotransmitter gamma-aminobutyric acid (GABA), which mediates the fast synaptic inhibition in the central nervous system. GABA is the primary inhibitory neurotransmitter in the mammalian CNS, and activation of GABAA receptors by GABA tends to decrease neuronal excitability.

Potassium (K+) channels usually have three states: resting, activated, and inactivated. The channels are usually closed in the resting state, and opened after stimuli activation, followed by turning to the nonconductive states. The gating is the process to control closing and opening of the channel. There are two mechanisms for inactivation of the K+ channels: N- and C-types. Action potentials have different functions in the neuron cell bodies and in the axons; in addition, various types of neurons have their own patterns of action potentials. The action potential, the electrical signal generated by nerve cells involves voltage-gated potassium ion channels.

Voltage-gated sodium (Nav) channels are integral membrane proteins that change conformation in response to depolarization of the membrane potential, open a transmembrane pore, and conduct sodium ions inward to initiate and propagate action potentials. Sodium channels are paramount to nerve conduction. Voltage-gated Na+ channels (VGSCs) are the basic ion channels for neuronal excitability, which are crucial for the resting potential and the generation and propagation of action potentials in neurons. Researchers have detected at least nine distinct sodium channel isoforms in the nervous system.

Neuropharmacology has contributed to many important advances in the neurosciences during the past several decades. The actions of drugs that affect the nervous system are considerably more complicated than those of drugs that act on other organ systems. To understand how drugs act on the nervous system, it is critical to integrate information about the molecular and cellular actions of a drug with knowledge of how these actions affect brain circuitry—a circuitry that is constantly changing in structure and function in response to both pharmacologic and nonpharmacologic input from the environment.