The first symptom of retinitis pigmentosa is usually decreased night vision, which is obvious in childhood. Night vision problems may make it difficult to recognize directions in low light. Later, this disease can cause blind spots in the field of vision. Over time, these blind spots merge to produce tunnel vision. This disease can develop for years or decades, affecting central vision, which is necessary for detailed tasks such as reading, driving, and recognizing faces. After adulthood, many people with retinitis pigmentosa become blind. 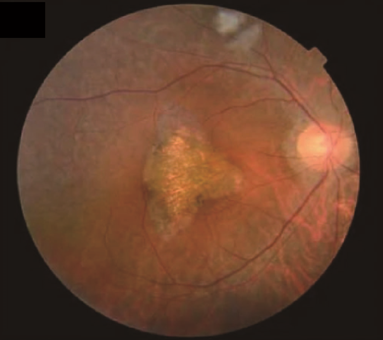 Clinical studies have found that mutations in more than 60 genes can cause non-syndromic retinitis pigmentosa.

Among them, more than 20 genes are related to the autosomal dominant form of the disease. Rhodopsin (RHO) gene mutations are the most common cause of autosomal dominant retinitis pigmentosa, accounting for 20% to 30% of all cases. The RHO gene is a gene encoding rhodopsin protein. Rhodopsin is present in rod cells. As part of the light-sensitive tissue at the back of the eye (retina), the rod provides vision in low light. Other photoreceptor cells in the retina, called cones, are responsible for vision in bright light. Rhodopsin protein attaches (binds) to a molecule called 11-cis retina, which is a form of vitamin A. When light irradiates the molecule, it activates rhodopsin and initiates a series of chemical reactions, generating electrical signals. These signals are transmitted to the brain, where they are interpreted as vision. Mutations in the rhodopsin gene destroy the rhodopsin that is necessary for the conversion of light into recognizable electrical signals in the central nervous system's phototransduction cascade. The activity defects of this G protein coupled receptor can be divided into different categories, depending on the specific folding abnormalities and the resulting molecular pathway defects. The activity of class I mutant proteins is affected by specific point mutations in the protein-encoded amino acid sequence, which affects the transport of pigment proteins into the outer segment of the eye, and the phototransduction cascade is located in the outer segment of the eye. The misfolding of the class II rhodopsin gene mutation disrupts the binding of the protein to the 11cis-retina. Other mutations in this pigment-encoding gene will affect the stability of the protein, destroy the integrity of the mRNA after translation, and affect the activation rate of transduced proteins and opsins.

At least 35 genes are involved in the autosomal recessive inheritance of the disease. The most common of these is USH2A; mutations in this gene account for 10% to 15% of autosomal recessive retinitis pigmentosa cases. The USH2A gene provides instructions to make a protein called usherin. Usherin is an important part of the basement membrane, which is a thin sheet-like structure that can separate and support cells in many tissues. Usherin is located in the basement membrane of the inner ear and retina. Although the function of usherin is not yet fully established, studies have shown that it is part of a group of proteins (a protein complex) that plays an important role in the development and maintenance of inner ear and retinal cells. Protein complexes may also be involved in the function of synapses, which are connections between nerve cells where cell-to-cell communication occurs.

Changes in at least six genes are believed to cause the X-linked form of the disease. Among them, the mutated genes in RPGR and RP2 account for most cases of X-linked retinitis pigmentosa.