Short QT syndrome (SQTS) is a disease characterized by a shortened QT interval of the ECG, which shows a high incidence of malignant arrhythmias (ventricular tachycardia/ventricular fibrillation). Among them, although SQTS showed the characteristics of syncope and sudden cardiac death (SCD), the heart structure was normal. Although the incidence of SQTS is not high, it has attracted considerable attention due to its high incidence of SCD, and has been included in the SCD prevention and control guidelines issued by the American Heart Disease Association (AHA). 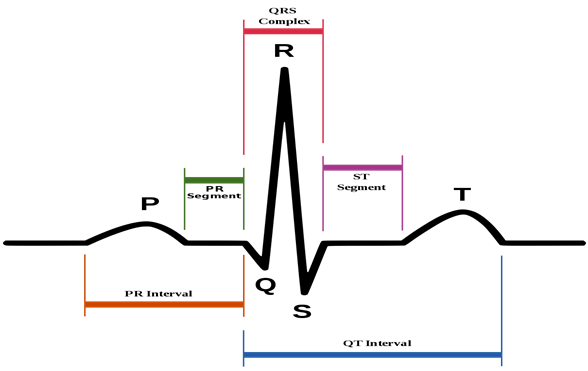 The age of onset of SQTS patients ranges from 3 to 84 years old, and the clinical manifestations are characterized by diversity and variability. The clinical manifestations may vary significantly in different families or even different members of the same family, ranging from no symptoms to palpitations and atrial fibrillation , Syncope, and SCD. SCD is the most serious clinical manifestation of SQTS, with a high incidence, and can appear in all age groups of SQTS. It has been reported that the youngest age occurs in newborns, so SQTS is also one of the clinical causes of sudden neonatal death syndrome. The maximum age is 60 years and the average age is 35±5 years. Some scholars have studied the predisposing factors of SCD or CA in SQTS patients and found that 56% of them occur at rest and 44% are caused by exercise. Malignant arrhythmias, such as polymorphic ventricular tachycardia or ventricular fibrillation, are usually caused by ventricular premature Contraction is induced by a short QT interval. Palpitations are the second most common symptom of SQTS, accounting for about 31%. 24% of SQTS patients have atrial fibrillation. Due to the limited number of SQTS patients reported worldwide, the population incidence of SQTS, the average age of onset, and gender differences between men and women are still uncertain.

SQTS is a single gene inherited disease, usually inherited in an autosomal dominant manner. Like long QT syndrome and Brugada syndrome plasma channel disease, SQTS also has genetic heterogeneity. With the progress of basic research and the abundant clinical data of SQTS, 8 pathogenic genes have been discovered, namely KCNH2, KCNQ1, KCNJ2, CACNA1C, CACNB2b, CACNA2D1, SCN5A and SLC4A3 genes. The first three genes encode potassium channels (IKr, IKs, and IK1) on the myocardial cell membrane, and they function through the "function acquisition" mechanism. CACNA1C, CACNB2b, CACNA2D1 genes encode calcium ion channels (α1, β, and α2δ-1 subunits) on the myocardial cell membrane, which function through the "function loss" mechanism. Hong et al. discovered that the seventh pathogenic gene of SQTS is SCN5A, which is responsible for encoding the sodium channel alpha subunit (Nav1.5) on the myocardial cell membrane, which functions through the "loss-of-function" mechanism. Recently, the new SQTS pathogenic gene, SLC4A3 gene, which was reported in the Nature Communications Miscellaneous Journal, codes for the Cl/HCO3-Exchange (AE3). The mechanism by which the defect of Cl/HCO3-exchanger leads to the shortening of QT may be related to the combined effect of reduction of HCO3- outflow (ie, increase in pH) and decrease of Cl- influx, both of which affect the repolarization process of cardiomyocyte action potentials.

Increased transmural repolarization dispersion and early post-depolarization are the main electrophysiological pathogenesis of SQTS. Extmmina et al. found that there is a heterogeneous distribution of ion channels among various layers of myocardial cells, resulting in a significant heterogeneity in shortening the duration of action potentials, leading to an increase in the transmural dispersion of myocardial repolarization (TDR), which becomes the occurrence of reentrant arrhythmias basis. The computer model proves that the function gained of SQT2 potassium channel increases the transmural heterogeneity of AP and ERP, and prolongs the vulnerable period of one-way block, which leads to reentrant arrhythmia. Itoh et al. found that another mechanism of SQTS-induced arrhythmia was depolarization at an early stage. In recent years, the research on multi-physical-scale modeling and simulation of ECG dynamics has made significant progress, and the research on electrophysiological modeling and simulation for SQTS has also been greatly developed.